Here is a selection of my previous work and contributions related to graphics, physics, game engine, and other areas of programming. 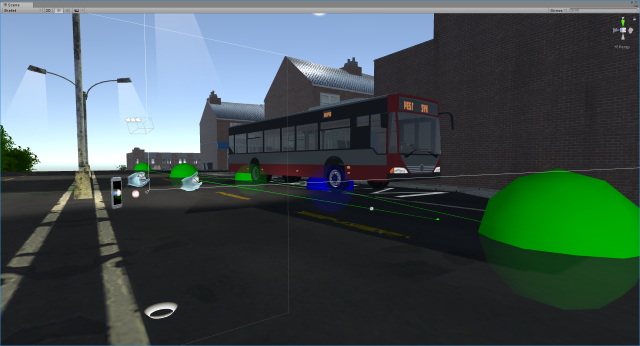 For my MSc dissertation project, I used the Unity game engine to build an explorable city environment which can be experienced in VR using Oculus Rift or HTC Vive. The goal of the project was to explore the feasibility of utilising these technologies as part of psychiatric therapy.

The user is able to explore the environment by walking or using simulated public transport, and in further work, will encounter various scenarios which they will be able to respond to in a number of ways. 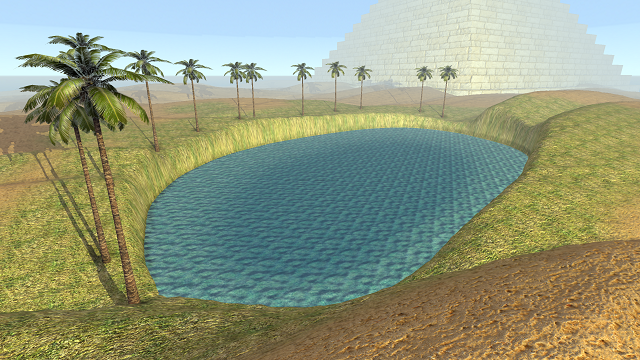 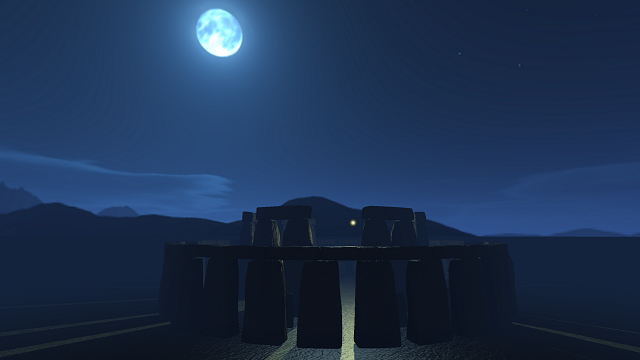 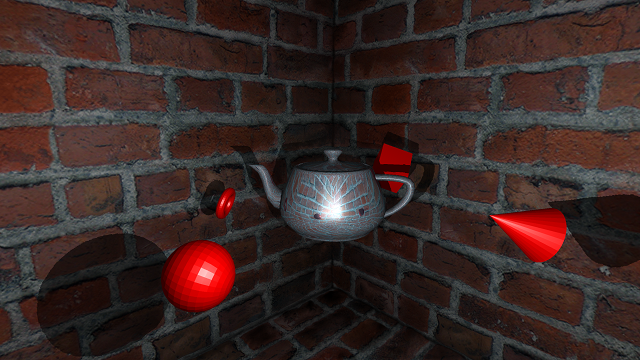 This graphics demo was written using a custom engine in C++, and demonstrates a number of interesting rendering techniques across three example scenes. It was developed as a coursework submission for the Advanced Graphics for Games module of my MSc in Games Engineering. 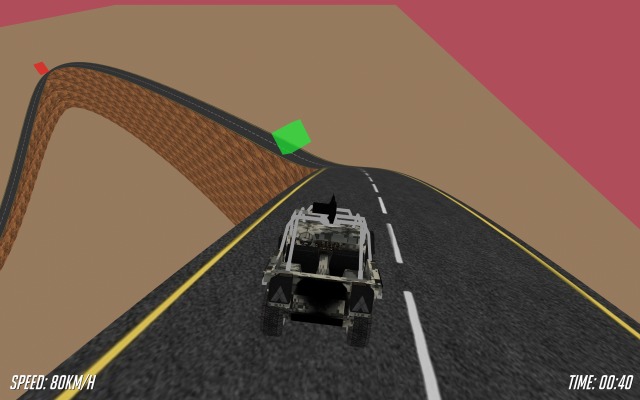 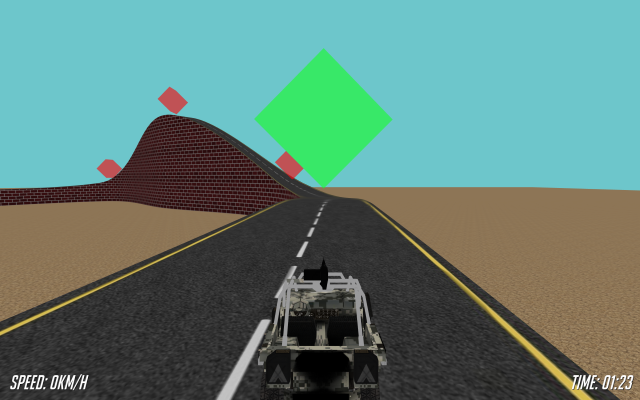 Developed as part of the Computer Games Development module of my BSc degree, this game was designed as a nod to the 1989 classic, Stunt Car Racer on the Amiga.

The objective is simple - complete the circuit by reaching all the checkpoints before the time runs out. If you fall off the track, you can reset to the previous checkpoint, BUT it will cost you 10 seconds! 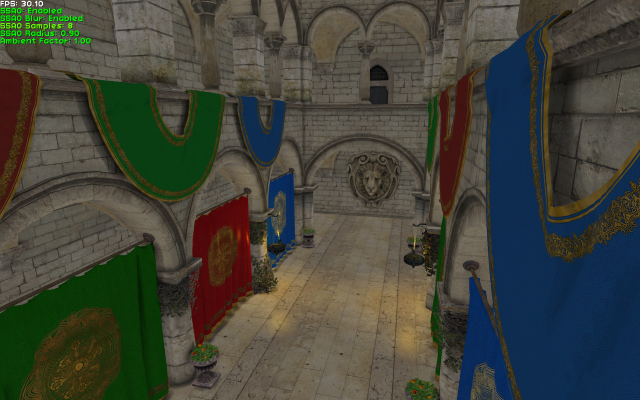 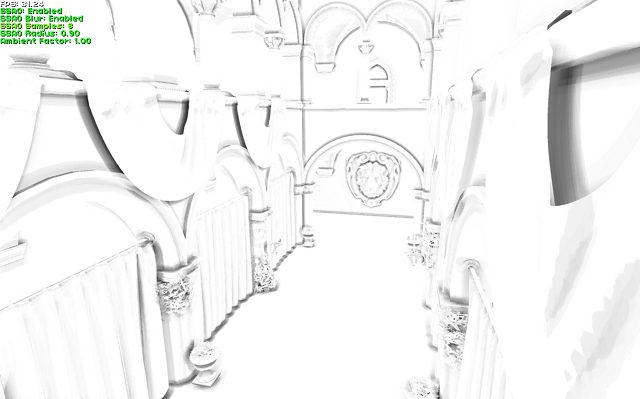 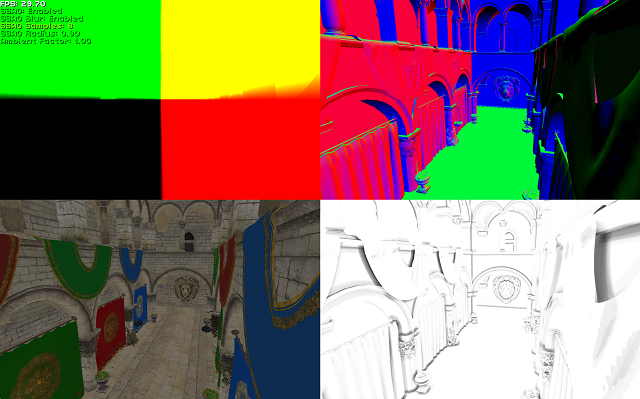 For my final year BSc dissertation project, I chose to implement an advanced graphics rendering technique called Screen-Space Ambient Occlusion, or SSAO. This technique allows one to add realtime soft shadows to a 3D scene as a fast post-processing stage within a deferred rendering pipeline.

The aim of the project was to evaluate the performance of the algorithm, both in terms of efficiency and visual appearance. The Crytek Sponza was chosen as a test scene, and a cross-platform engine was developed as a test bench for the algorithm. SDL was used to ease porting between Windows and Android.

This project was very interesting as it gave me experience of leveraging framebuffer objects and “render-to-texture” to implement post-processing effects. It was also nice to see that SSAO is feasible on mobile GPUs in 2017; 10 years ago SSAO was just becoming a possibiliy on desktop PC GPUs. 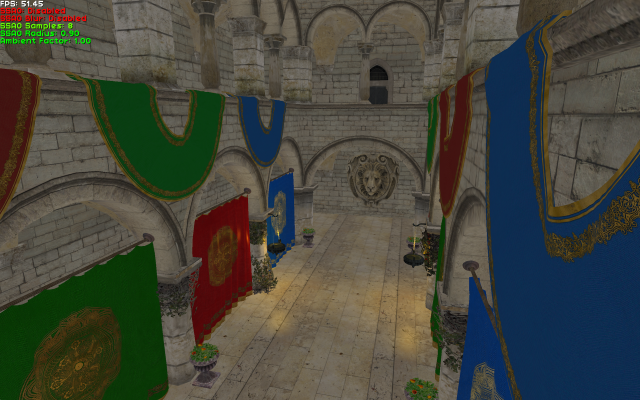 Contributions to other projects 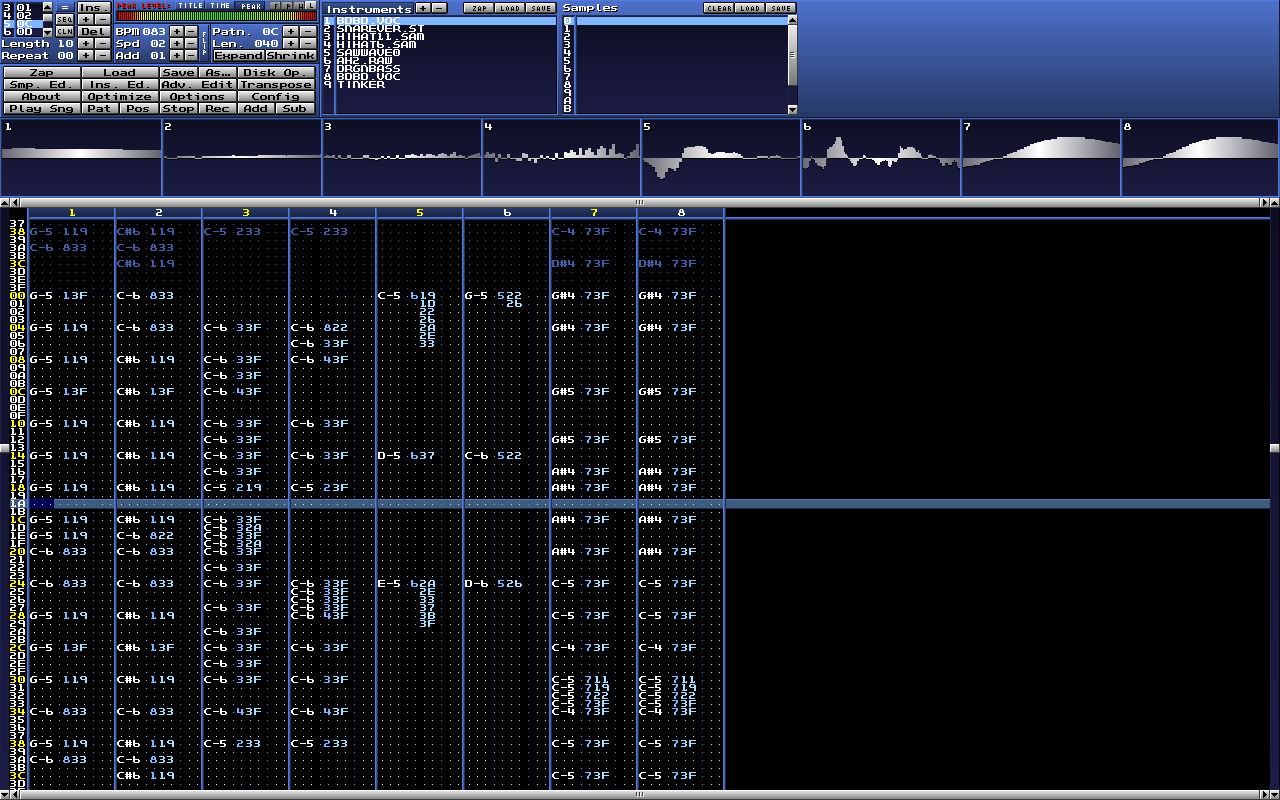 MilkyTracker is a cross-platform music creation tool based around the .XM (eXtended Module) format. Developed as a clone of FastTracker II for MS-DOS, which gained popularity in the 1990s within the games industry and the demoscene, MilkyTracker has become a go-to tool for musicians aiming to achieve a “retro” or “chiptune” sound.

My involvement with the project began in 2014, when I contributed a reworked port of the program for macOS based around modern APIs (“Cocoa”). Originally, MilkyTracker’s Macintosh port was based around “Carbon”, a depracated legacy compatibility layer intended as a stop-gap solution for bringing apps from MacOS 9.x to Mac OS X. A more modern port of MilkyTracker based around OpenGL and Cocoa meant that tighter integration with modern macOS features could be achieved.

I now make fairly regular contributions as co-maintainer of the project.

Some of my previous contributions include: